Hello, friends welcome to Studydev. If you are a resident of India then you must know about the Holi festival. At some point in time, you must have typed some words on Google like Essay on Holi, Holi Essay, or Holi Par Essay according to your understanding.

You must know that we call Holi the day of colors. It is a festival celebrated in the month of March in India. People start preparing for it a few days in advance. In this paragraph on Holi, we will give you all the important information of Holi’s essay like when Holi is celebrated, why Holi is celebrated, which state Holi is most famous. If you are going to get all the information in this article, then definitely read the essay on Holi till the last.

What is Holi and When is Holi celebrated?

Holi is known as the festival of colors in India. Because on this day people forget all their animosity and throw colors on their relatives. On this day people take bath in the morning and wear white clothes. Holi is celebrated in India only after winter is over.

Holi is celebrated in the month of March. Because it is neither so cold nor hot at this time. People use dry paint and water atomizers on each other without letting the cold flow. In this way, Holi is celebrated every year in India with great pomp.

What is the History of Holi

Without calling Holi a festival of colors, it is a huge occasion for the people of the Hindu religion. On this day people happily pour color on their close friends. If we talk about Holi history, then this is a very old story. A very big story is associated with Holi. It is said that long ago there used to be a king named Hiranyakashyap. He had a son named Prahlad. Hiranyakashyap had a sister. Whose name was “Holika”. In the relationship, she seemed to be Prahlad’s daughter-in-law.

It is said that Hiranyakashyap believed in Lord Brahma very much. Hiranyakashyap got a boon from Lord Brahma. Due to this Hiranyakashyap could neither be killed by any animal, nor any human nor any weapon. Meaning he had got the boon of being immortal. So Hiranyakashyap later got very huffed and started causing a lot of destruction. And instead of disobeying God, asks people to worship themselves.

On the contrary, his beta Prahlad believed very much in God. Due to which Hiranyakashyap started hating his son Prahlad. And kept asking him to do his worship. After a few days, he got the idea to kill Prahlad. Hiranyakashyap made many attempts but none succeeded.

After this Hiranyakashyap’s sister Holika had the boon of not burning in the fire. At the behest of her brother Hiranyakashyap, she took her nephew Prahlad in her lap and sat in the burning fire. But within no time, Holika got burnt in the fire.

Essay On Holi In English

In this way, the day of Holi is celebrated in every state of India. People enjoy Holi by following their customs according to their state. Many people celebrate Holi with only colors on this day and enjoy Holi by drinking many parts.

When you refuse, you say “Holi Hai Bhai Holi”. That’s why people are happy and give permission to apply color on themselves. After Holi it becomes hot and everyone gets rid of winter. At the time of evening, people wear new clothes by taking off their clothes that have been spoiled by their complexion. After this people go to their friends’ house and there they drink a special drink “Bhang”.

People of all ages celebrate Holi with great enthusiasm. You must know that Holi is celebrated only because of Holika Dahan. The whole of India is filled with colors on the day of Holi. On the day of Holi, small children mix colors with water in their homes early in the morning. After this, he fills this color in his pitcher, after this, he puts color on any known and unknown people.

You are going to get all the important information about Holi in this Holi essay. On Holi, we celebrate Phalgun Shukla Purnima for the month of March. At this time the leaves of many trees fall and after Holi, they become happy again. Holi, which brings new hope and enthusiasm to our lives, is celebrated all over India.

To celebrate Holi in a special way, we take more than one day to prepare for it. At this time people prepare many new dishes like Gulab Jamun, Dahi Bhalle, and Gujiya on the day of Holi. We have told you in the above paragraph on Holi that on this day people also use special drinks “Bhang and Thandai”.

To celebrate My Favorite Festival Holi, people of all religions and castes celebrate this day with full desire without any discrimination. People enjoy this Holi festival without seeing all kinds of rich and poor, high and low. People apply red, yellow, and green colors on the cheeks of everyone younger and older than themselves. According to research, Red, Green, and Yellow colors are the best for celebrating Holi. It won’t do you any harm.

Paragraph on Holi For Class 4

If we talk about Holi’s essay for class 4 children, then it would not be so many people. Because the students of class 4 are not so big that we should give them the Holy Essay by writing 1000 words. Therefore, according to the condition of the children, we are going to explain them by writing a short paragraph on Holi. We are going to tell you the importance of Holi through some lines on Holi.

History and Reason for Celebrating Holi

One of the reasons for celebrating Holi is “Holika Dahan”. We have told you its story in the essay on Holi part of the above. You can read it well. On this day Shri Krishna took the form of Narishma and killed Hiranyakashipu. who wanted to kill his son Prahlad. But always good wins over evil and it is a tradition to celebrate a day like Holi.

Some Lines on Holi Essay

Speech On Holi In 300 Words

Whenever we give any kind of speech in school and college, first of all, we have to say Pranam to our principal, teachers, our friends. Like Respected Principal, teachers and my dear friends. After this, you can say that today I have brought in front of you the speech on Holi. After that, you can continue your speech.

We know that Holi is called the festival of colors. On this day people throw colors on each other without any discrimination. There is a very big story behind celebrating Holi. Which I am going to tell you next. This increases the curiosity of the listeners to hear you even more.

Holi is specially celebrated only because of Holika Dahan. The reason for this was once there used to be a king named Hiranyakashipu in some kingdom. He had a son named Prahlad. Hiranyakashipu had a sister Holika. Hiranyakashipu wanted his son to die. Because Prahlad used to sing the praises of his God, leaving the worship of his father. This made Hiranyakashipu very angry, he made many attempts to kill Prahlad but all failed.

After this Holika had the boon of not burning in the fire. Hiranyakashipu ordered his sister to kill Prahlad. After this Holika took her nephew Prahlad in her lap and sat in the burning fire. At this time nothing happened to Prahlad and Holika got burnt. In this way, Holi is celebrated from that day onwards.

So we end our speech on Holi right here. Thank you all for your time and patience and finally, I again wish you a very Happy Holi. 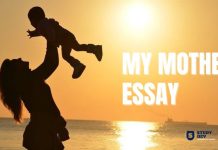