Hello, friends welcome to Studydev. We are going to give you information about How to Join Raw India in this post. You must know that India is a very big country. In this many organizations like Indian Army, Navy, and RAW work.

So if you also want to join the RAW agency at this time then this post is for you. So to get full information of Raw Agency, definitely read the post till the last.

India is a very big country. That’s why we need a strong agency like Raw to protect India. RAW whose full name is Research and Analysis Wing. It is an intelligence agency of India. Which has been established to protect India.

Like ISI works in Pakistan. Similar is the work of RAW in India. We also know RAW as Intelligence Agency. RAW attracts a lot of young people with its intelligent way of working.

It was established in the Year 1968 on 21st September. It has been built to gain the intelligence of neighboring countries and to protect India. Before RAW, the Intelligence Bureau used to do the work of external information for India, which we know as IB.

IB was launched by the British. But when India’s war with China happened in the year 1962, it had to face failure. India did not have any intelligence agency. Which can get the intelligence of China. That’s why India lost this war.

After this, the Prime Minister of India, Pandit Jawaharlal Nehru ordered the establishment of the Foreign Intelligence Agency. Which we know today as RAW. After this, there is a huge contribution to the unity and defense of India.

How to Join Raw India

If you also want to join RAW, then let us tell you that no fresh candidate is recruited directly in RAW. To join this, you are selected with Indian Army, Police, or other government jobs. Without this, recruitment is also done by the Intelligence Bureau for the RAW agency.

If you want to join IB then you have to give SA exam and the ACIO exam. If we talk about raw joining, then for this you are bound to be in any defense service or civil service. Selection in RAW is done by looking at your past service experience. If your service record is good then you are called for Raw Join.

How to Join Raw India – Training

If we talk about the salary of a RAW agent then it is a very responsive job. So you get paid well for it. After becoming a RAW agent, you get a monthly salary ranging from 80 thousand to 1.50 lakh. Your annual salary package can be around 9.60 Lakhs to 15.60 Lakhs. We have come to know all this information through the Internet. RAW does not have its own official website. 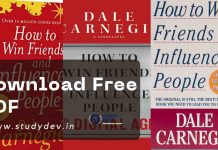 How To Win Friends and Influence People PDF – Studydev.in 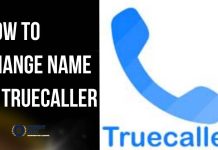 How to Change Name in Truecaller – ( Within 2 Minutes) – Studydev.in 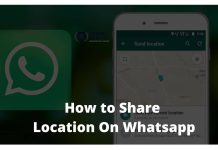